1919Starts Preparatory Course of the Faculty of Science and Engineering, Waseda University

In early January, before he entered the course, Takeo Satow devoted himself to the book "Sekai no Kenchikuyoshiki (Architectural Styles of the World)" written by Ko Morita, which he found at a bookshop in Kagurazaka. From that point, Takeo Satow decided to become an architect, not a doctor as he had dreamt of before. The reason why he chose Waseda University is because he felt familiar with Koichi Sato, Shin'ichiro Okada, Tachu Naito, Kyoji Yoshida and Wajiro Kon, all of whom were teaching at Waseda, and who wrote for magazines such as "Kenchiku Hyoron" (Critique of Architecture) and "Kenchiku Sekai" (World of Architecture), which Takeo Satow would often read.

Professor Koichi Sato highly valued Takeo Satow's capability as a designer, and he told Takeo to become Assistant Professor at his alma mater upon graduation. For the project of building an auditorium to commemorate the founder of the university, Shigenobu Okuma, who passed away in 1922, Professor Koichi Sato appointed Takeo as the de facto designer. In parallel with research of the history of theatre, Takeo aspired to study scientific acoustics, which did not exist at the time.

Publishes his first research paper on the theme of acoustics in "Waseda Kenchiku Gakuho (Waseda Journal of Architecture)", entitled "Study on Acoustics at Takarazuka Grand Theater," co-authored with Professor Kenjiro Kurokawa (Department of Telecommunications); Carries out research and finds out how flutter echo (or whining dragon) happens 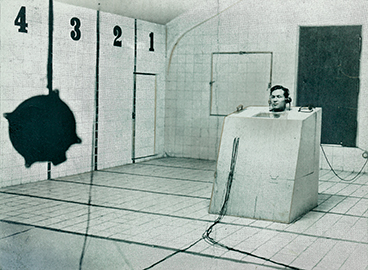 Takeo Satow measuring reverberation, putting himself in the equipment that he invented.

1929 Serves as Lecturer at Waseda Koto-Kogakko

1935 Granted Doctor's degree by Waseda University upon completion of paper: "Study on Acoustical Design at an Auditorium"

1938 Inaugurated as Professor of Waseda University

1941 Serves as Trustee, Architectural Institute of Japan (until 1942)

1942 Serves as Member of the 39th Subcommittee, Japan Society for the Promotion of Science (until 1945)

The last mid-war construction, "Iwakuni Chokokan Museum," was completed three months before the end of the war. After the end of the war, graduates were demobilised and sent home from Mainland China, and Takeo Satow started working at home, in Fushimi, in order to look after his former students. This became the starting point of Takeo Satow Architect & Associates. 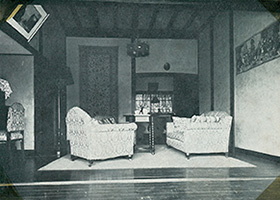 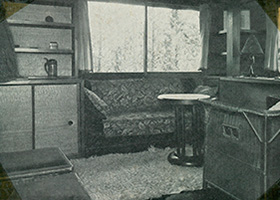 1946 Serves as Secretary of Architectural Institute of Japan (until 1935)

1951 Steps down as Professor of Waseda University 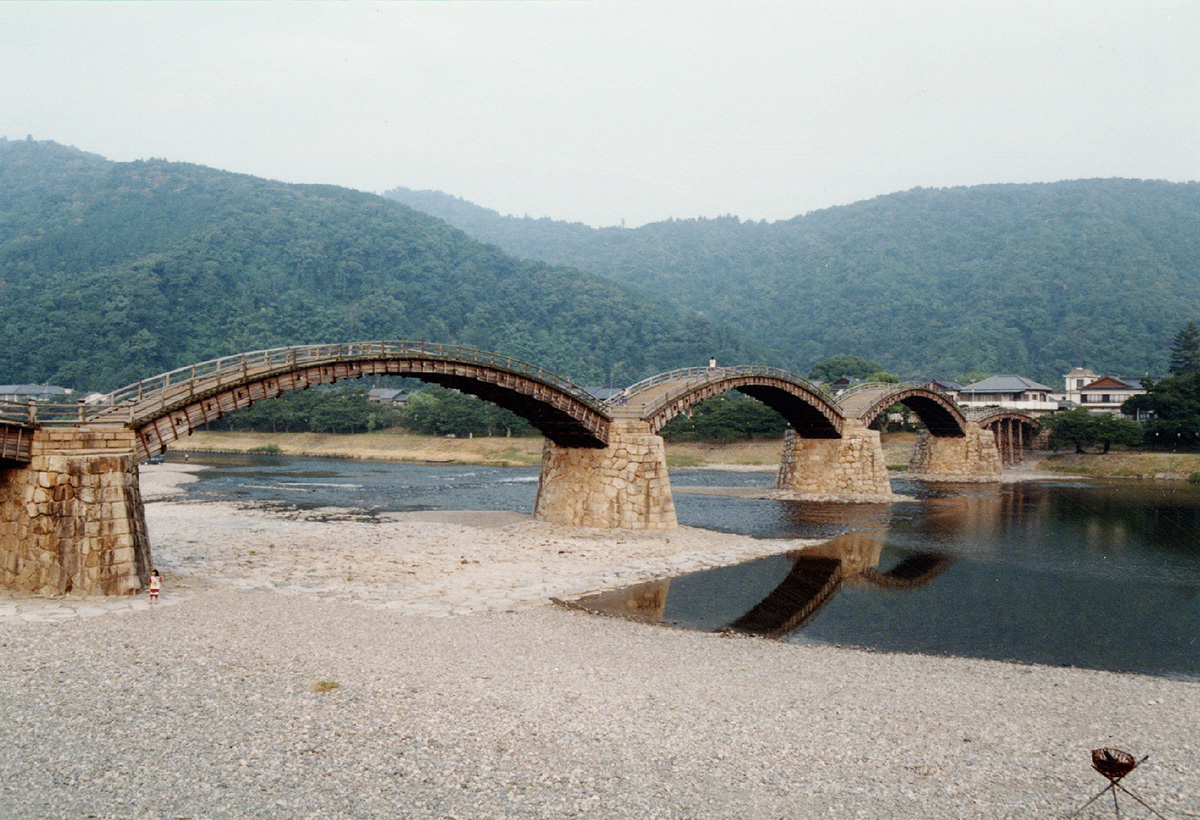 Takeo Satow visited many places in Europe and the Middle East during the two months while attending the UNESCO International Conference of Artists. Travelogue at the time is included in the collection of essays "Baramado" (Rose Window). 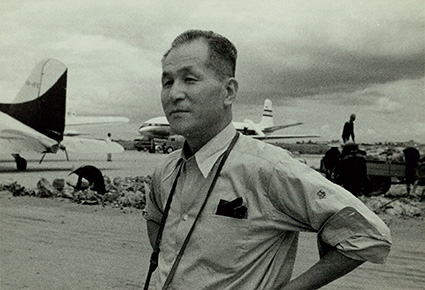 At the airport, participating the UNESCO International Conference of Artists 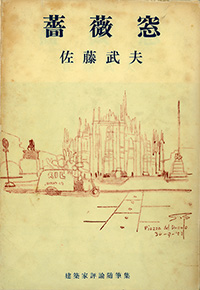 1957 Serves as President, Architectural Institute of Japan (until 1959)

Takeo Satow assumed the presidential position at the Architectural Institute of Japan, a first for a graduate of a private university. While in this position, he contributed to organisational reform, in order to make clear its nature, including a major revision of the memorandum of association. 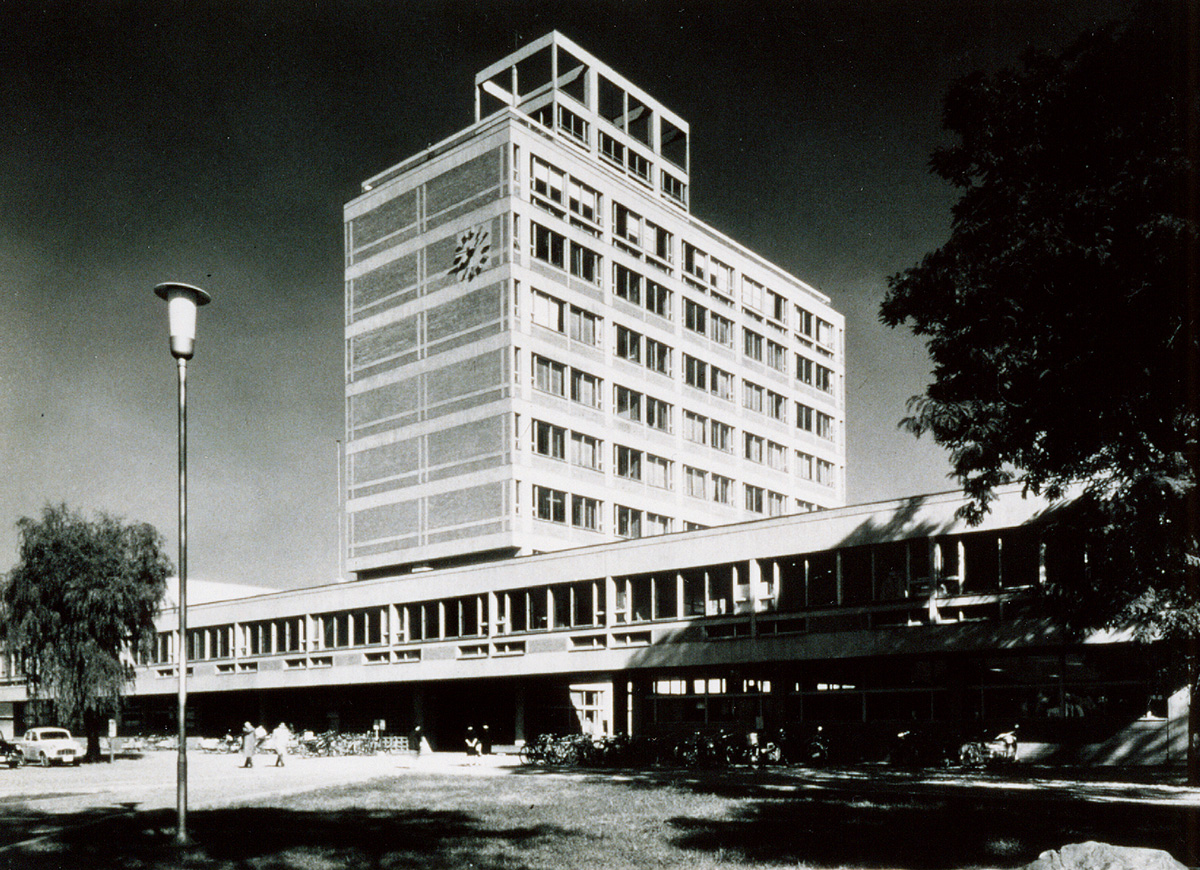 1961 Serves as Director, Japan Institute of Architects (until 1963) 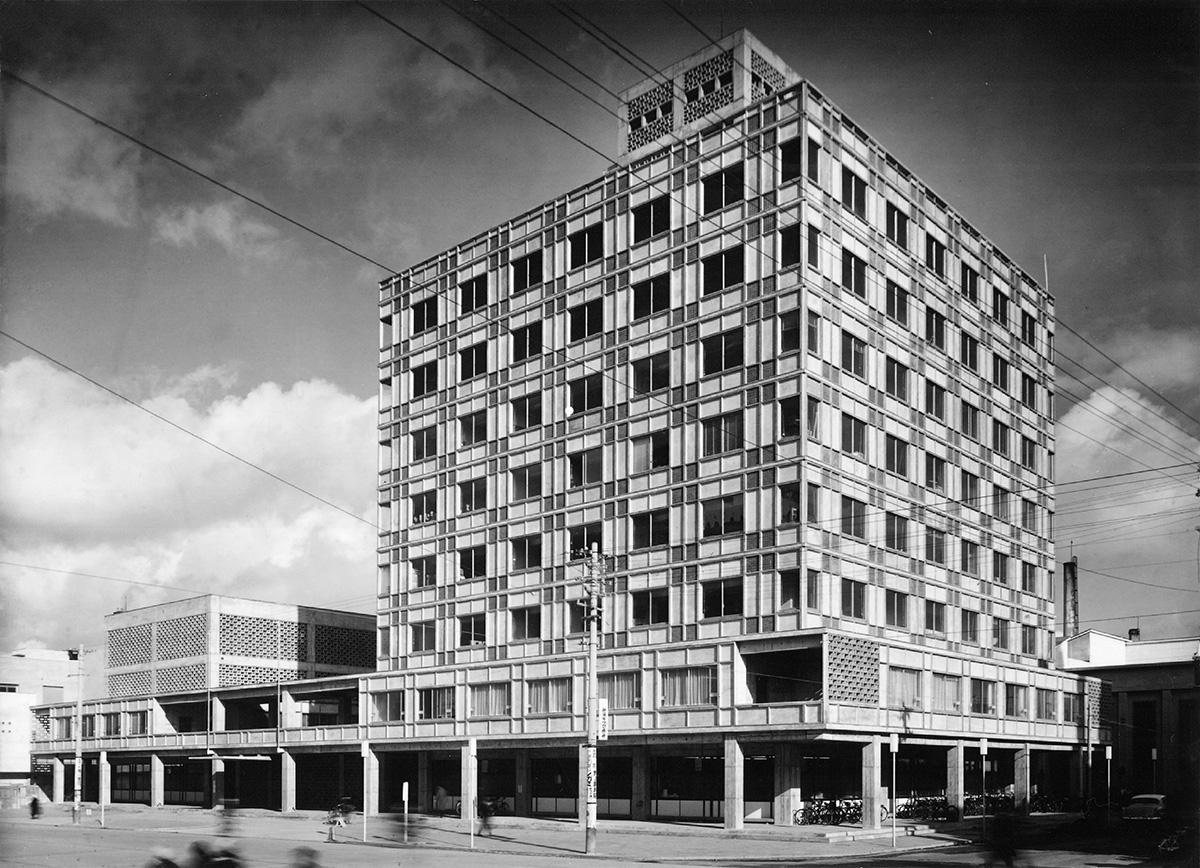 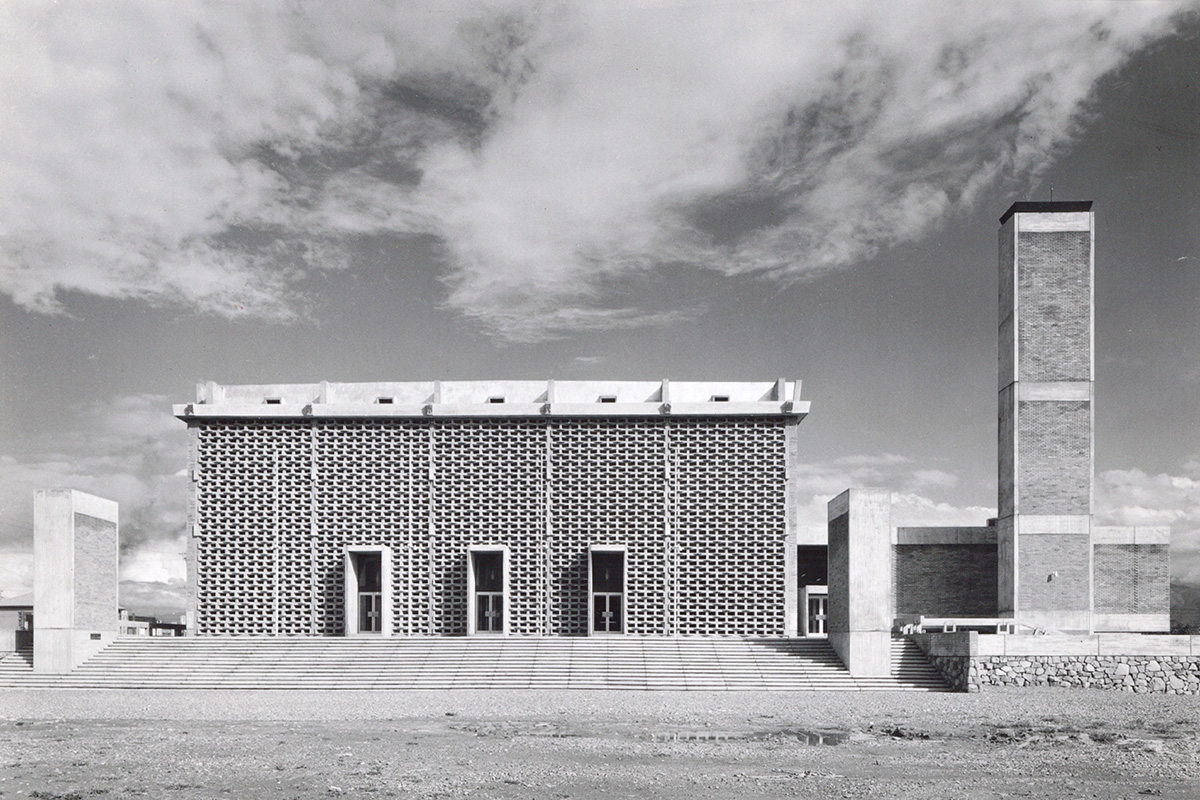 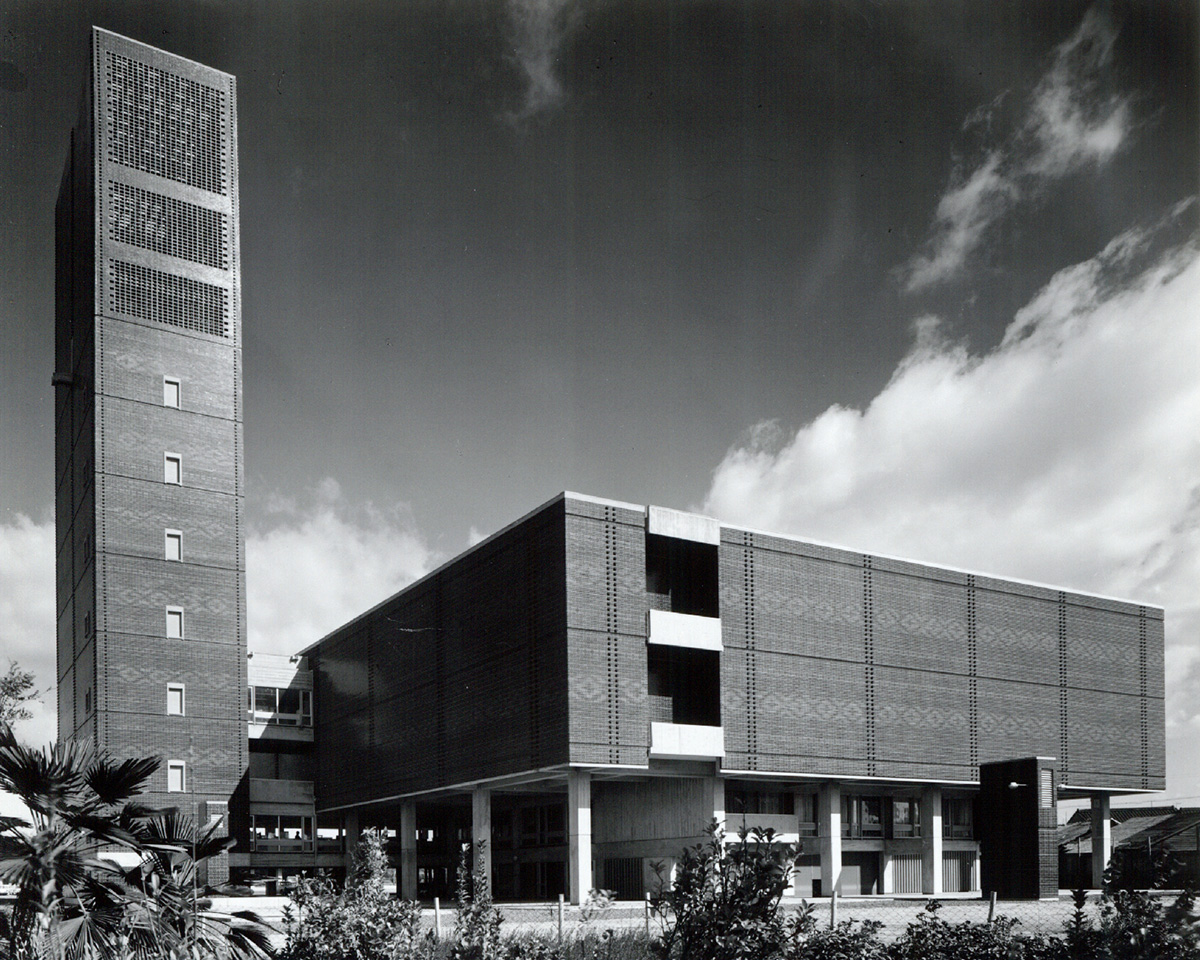 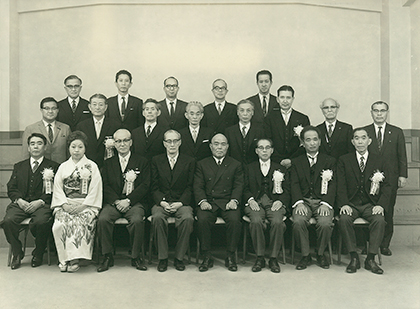 At the Award of the Japan Art Academy. The third from the left of the front row is Takeo Satow.

1969 Decorated with Order of the Sacred Treasure, Gold Rays with Neck Ribbon 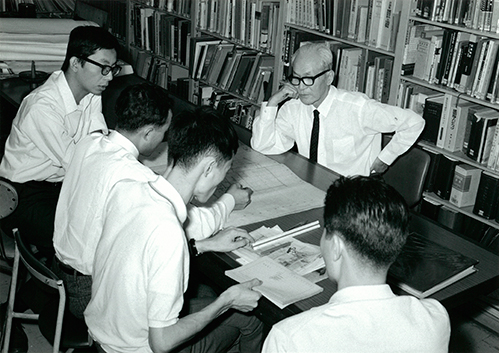 Instructing younger architects, in the office in Minamiaoyama

1972 Passed away at St. Luke's International Hospital in Tsukiji on 11 April 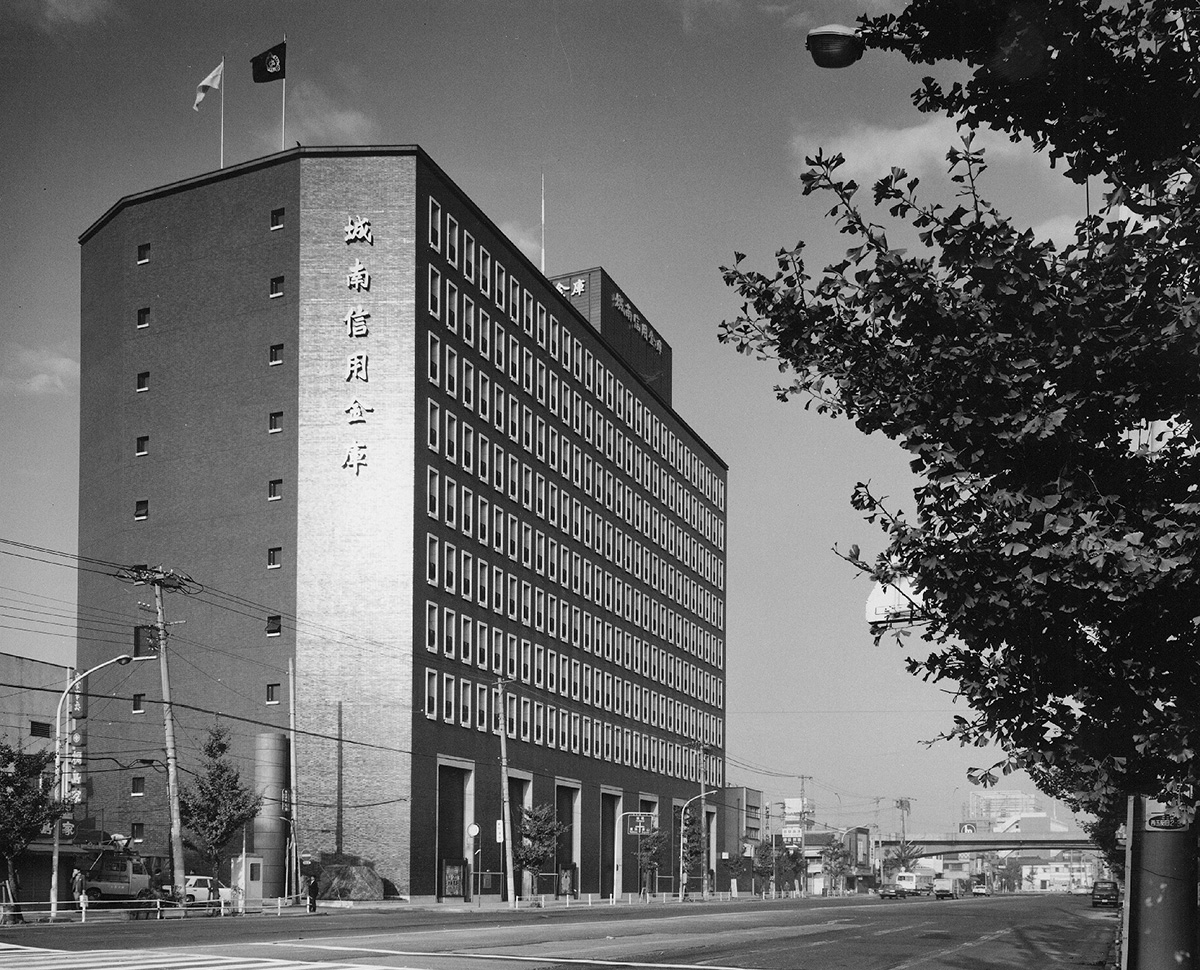 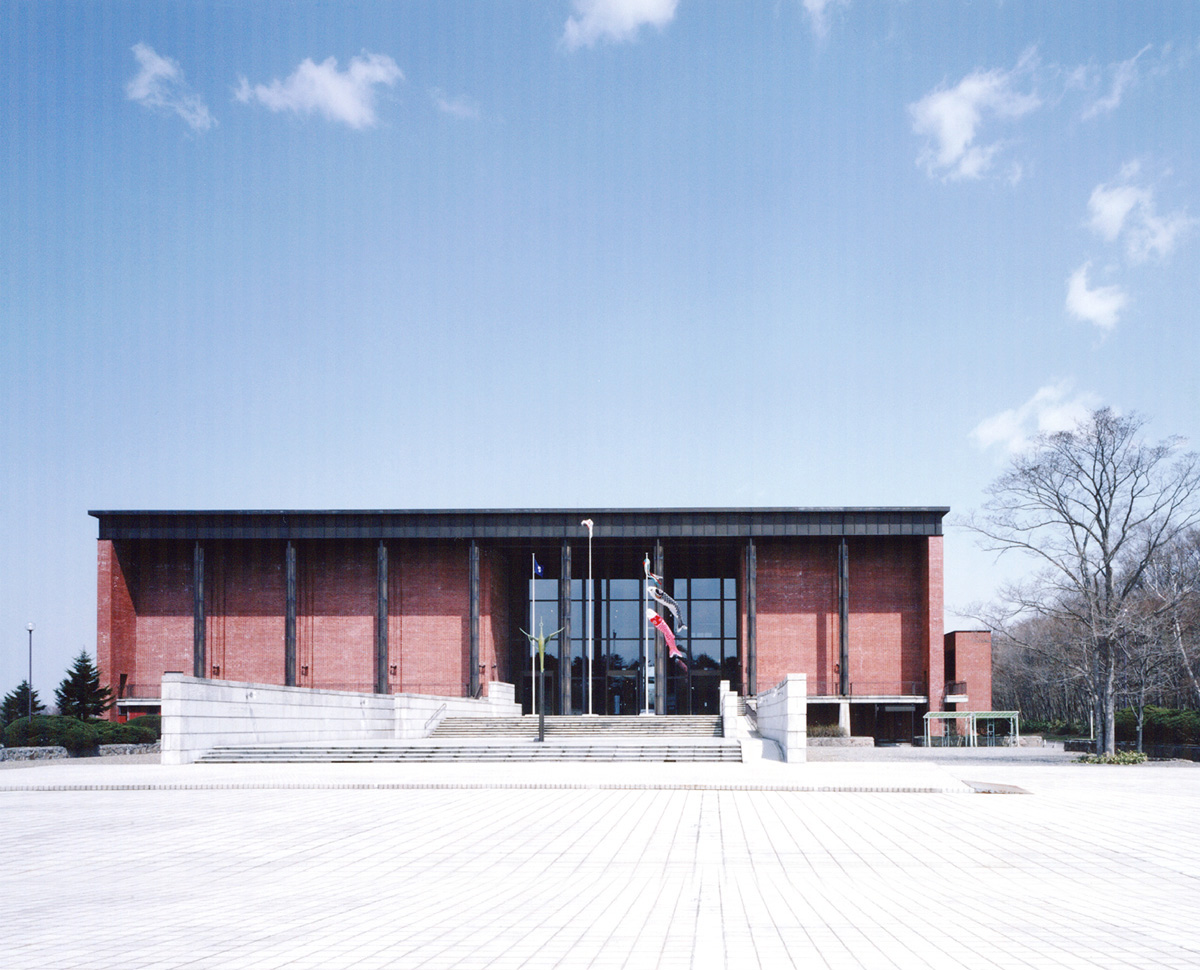